This is a simple play designed to be run against a man to man defense. What you do is have your fastest WR (far left ) line up on either the left or right side. Then have you other receiver, who would probably have the slower defender on him, on the opposite side. The WR will begin moving in a motion before the snap and once he hits the outside guard of the O-line, snap the ball. Fake the hand off to the RB and have him run and block the nearest LB or Safety. Then hand the ball off to WR and let him run to the outside of the other WR. The other WR will block and run, move on his slower defender and then step past him and get a hard block on the other defenders. The WR will have an open lane only to be faced with a slower defender chasing behind and hopefully no LB or Safety in his path. A nice play if your in need of a TD but don’t use it too often. 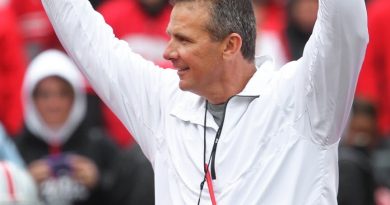 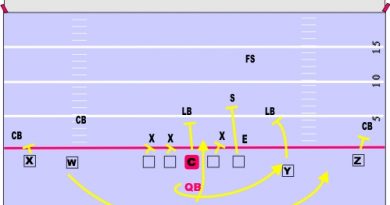