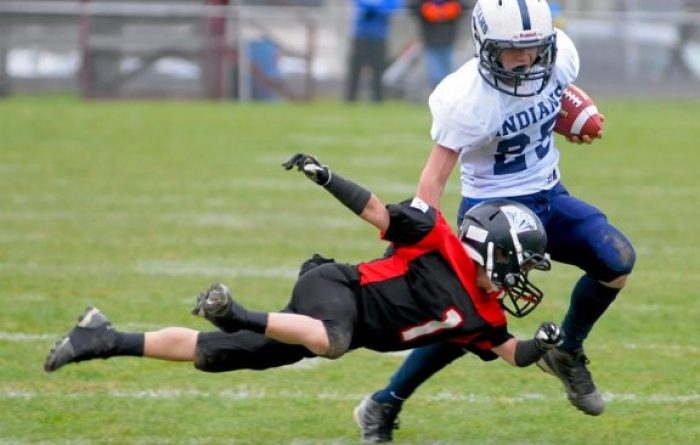 Whether you are playing backyard football or organized football, sometimes it’s easy not to see the importance of a running game. Passing is more exciting, so why run? This is usually the case in backyard football. Whether you are playing that two completions gives you a first down or ten yards, a lot of backyard players will ignore the running game. This can severely limit the offense and is not realistic.

A lot of backyard football players will just play that two completions equals a first down, hence rendering the running game useless. If running does not contribute to the drive or another first down, why use it? So you end up with no running game whatsoever.

I have also seen where backyard football games limit running plays by allowing X number of run plays every 4 downs. For example, only one running play every four downs. This is not as bad as not allowing running, but it could be worse. What will happen is the offense will line up differently when they plan to run, the defense sniffs it out, and shuts it down. The offense thinks that running doesn’t work and abandons the run.

How? The offense always lines up with five wide receivers and no one in the backfield when they want to pass. And finally when they want to get that one run play in, they line up in I-formation. That is a clear sign to the defense that they are running. The defense simply puts everyone on the line and they all defend run.

If you plan to play with a limited number of running plays every four downs, then at least line up in the same formation for both running plays and passing plays, so the defense can’t figure it out. Leave yourself a lot of options.

This eventually leads to not really having a running game at all. This is extremely detrimental to the offense. Not having a full time running game will close down the passing game. And you usually end up with very low scoring games with unsustainable drives. Most of the scoring ends up being on broken plays, interceptions, and fumble recoveries.

This is not a fun way to play. Basically, who ever makes the fewest mistakes wins. Do you really want a game where winning depends on mistakes? Or who can screw up the least? Of course not. That’s not football and it’s not fun. In order to enjoy backyard football, you have to resemble organized football as much as possible.

Without the threat of a running play on every single down, the defense will drop everyone into man coverage with a cover 2 (two deep safeties) over top and the passing game will be shut down. It’s too easy. The only way to score is off mistakes and luck. Which is what always seems to happen.

Further, without a run threat, all the defense has to do is blitz like crazy. They just cover all the receivers with man to man coverage, throw a safety or two over top, and blitz the remaining 7-8 guys. There is no offensive line in the country that can cover that. This is no way to play football and will get very boring very fast. Plus imagine all the interceptions and sacks, especially, if your quarterback can’t run.

This also makes the game very boring for the big linemen. All they do is block all day and never see any reward for it. If you use more running, their blocking is rewarded and they would be happier. It’s not exciting to sit on the offensive line all day to block for a pass that will most likely end up being an interception or a lucky play. That’s not football, and the big guys will get bored.

If there is no threat of run, or the run is very obvious, then there will be no passing game. The touchdowns were mostly scored on defense, or lucky long passes off broken plays. This really isn’t football. And it’s not really fun, because there is no creativity. All you can do is send everyone out on the same patterns every time and hope their defenders trip or fall so you can actually get a pass completed. 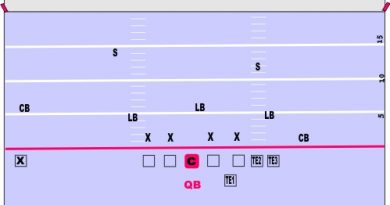